Over the weekend we were in the studio again. It was an unusual session because the entire day was dedicated to recording backing vocals.

As seems the case with every studio session, there were hurdles to overcome.

Lara, who has an awesome voice, had come down with laryingitis, which meant she’d be lucky to be able to sing at all. It also meant that Emma would have to pick up Lara’s parts and that translates to twice the singing and practically zero breaks.

Emma, who did the backing vocals on In The Sun, shone again once she was at the mic. I think her part will sound killer on Trojan when it’s edited up. Lara had a crack and was sounding really good. Her voice was a bit croaky but that suit the song so it was actually a good thing, but her range and ability were diminished by being crook and we struggled to get through some of the parts. Still, I think Trojan is really going to benefit from the parts the girls put down and I can’t wait to get back and sort it out.

We’d already pushed over time a bit so I let Lee and the boys known to come an hour later than we’d planned, but that still meant trying to get Emma to do all the female parts of a choir done for If There’s A God Out There in about an hour and a half.

Emma, champ that she is, powered through and got that all done on her own and managed to sound angelic in the process. Lee arrived as we were getting through the last bits and bobs.

Lee was really cool about the whole thing and the boys from the band had decided they’d go wander around Freo until we needed them, so aside from feeling bad about having everyone’s evening get knocked around, we were good to go.

Lee, who helmed Bravo Inferno, was very understanding of the delay and was straight into it when he got on the mic. 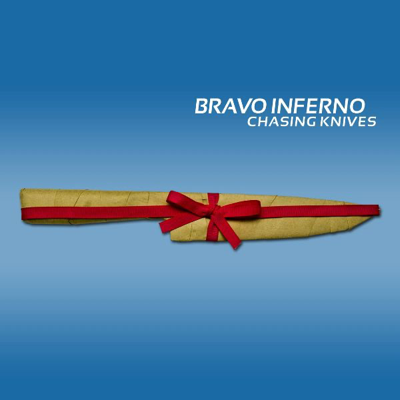 Lee did a great job of belting out the deep parts and then got onto the higher parts as well. Everything was going well but getting through the harmonies was a bit of mission, not because Lee had any difficulty with them, but more because the Emma had done a slightly different line to the demo and Rob was focused on penning out the harmony. I was quite confident Lee could do it by ear, but by that point Rob was off and running, and sometimes there’s just no stopping him once he’s started.

Eventually we got it all sorted and Lee put down some really solid takes. After that Lee got to try a few fancy bits and bobs but he was due home so we didn’t get to explore those as much as I would have liked.

I thanked Lee for his kickass vocals and the kickass tasty treats he brought along, and then it was on to the boys from the band.

By this time I think it was about 10pm and Rob and I had been flat out since about 1. I mean, all I was doing was listening and offering advice to the singers, so I have no right to complain, but Rob had been working seriously hard. The solution came in the form of coffee, and lots of it.

Rob must have gone through 12 cups of coffee by that point in the day but after a few more we were back up and running, and Adam and Brendan, who’d been patiently and nervously waiting their turns, were finally going to get in the booth.

Neither Adam or Brendan make any claims about their singing ability. They had come to help out because I’d asked if they were willing to play a small role in the choir on If There’s A God Out There.

Adam was first up and, despite his own doubts, did a great job. I think it was the first time Adam had ever had to sing into a mic at a studio with people watching. I can tell you from experience, that’s a very uncomfortably thing, but he did a great job and I think that helped Brendan get a little more comfortable ahead of his turn.

Brendan and I spent most of the time Adam was singing doing our own super-high falsetto harmonies like a pair of little Mariah Carey wannabes. We were pissing ourselves laughing at how shithouse we were but Adam couldn’t hear us in the booth and thought we were laughing at him. Poor bloke. I think I have some snippets of our ridiculous vocals that I can show him later to prove we weren’t mocking him.

Anyway, Brendan got in next and, despite he and Adam both proclaiming to be terrible singers, also did a great job. Adam got to chill out with us in the control room and help us listen out for the preferred takes and after a short while, we had finally finished all the backing vocals tracking for the day.

The Dias brothers were done and Brendan had to work early the next day so they headed off. Rob and I hung about and he pulled a champion performance to go through and select the best takes one by one and slowly compile a seriously impressive sounding choral section.

It was a massive day and it didn’t go to plan, but we (mostly Rob) got an enormous amount of work done.

There might be a few little bits of vocals left to do on If There’s A God Out There but everything that we added to that track and to Trojan was sounding absolutely epic and I’m really looking forward to getting back into Poon’s Head and getting them closer to ready for release.